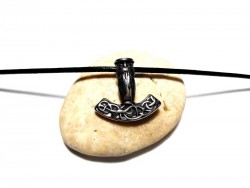 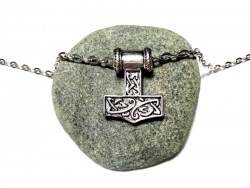 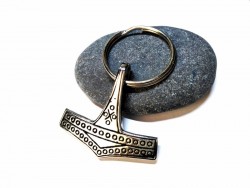 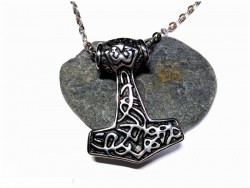 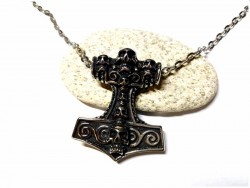 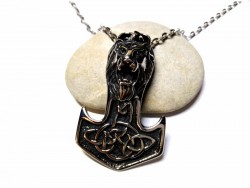 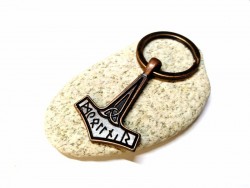 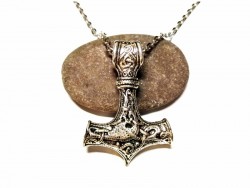 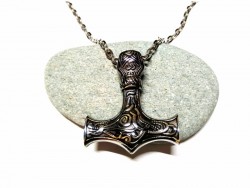 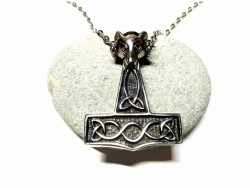 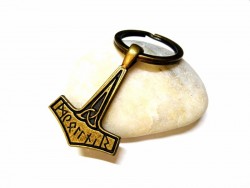 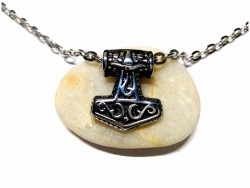 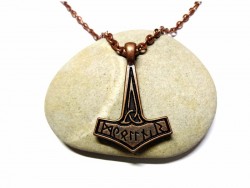 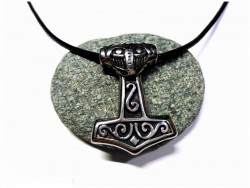 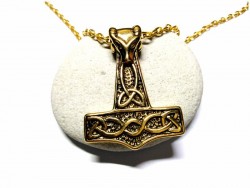 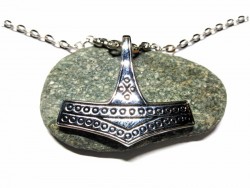 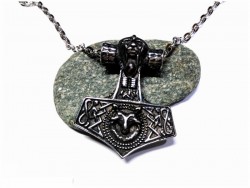 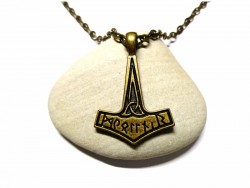 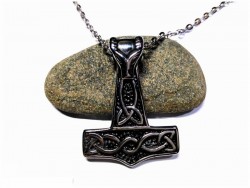 Mjöllnir is the hammer of the Norse god Thor, son of Odin. This hammer is the most powerful weapon of the gods and protects against chaos.

At the time worn as a pagan amulet in opposition to the crucifix of the evangelizers, today it is quite commonly adopted as a pendant and / or as a tattoo in modern paganist movements or in hard rock metal culture or among bikers.