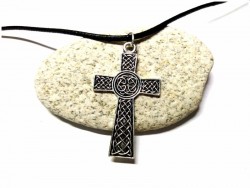 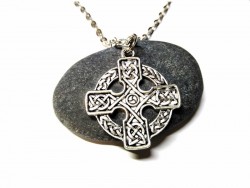 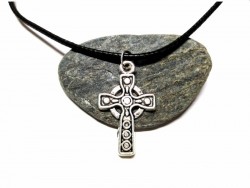 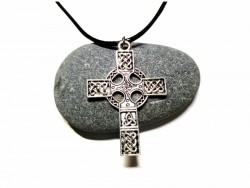 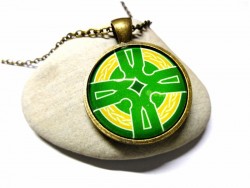 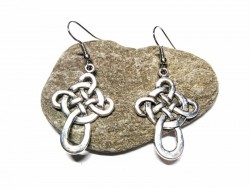 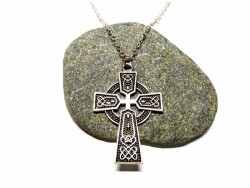 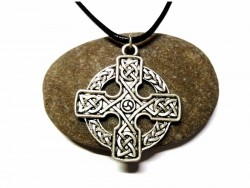 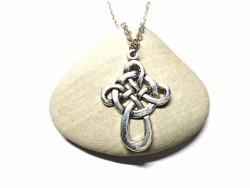 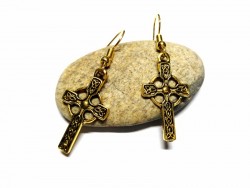 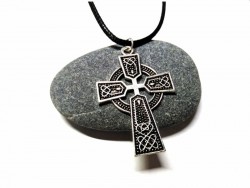 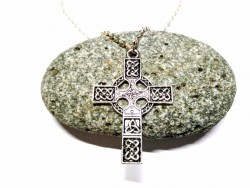 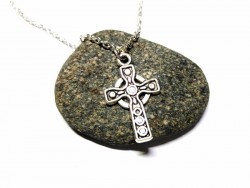 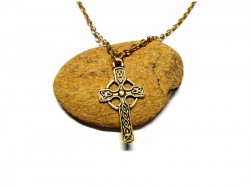 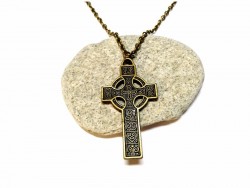 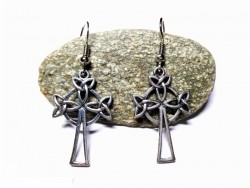 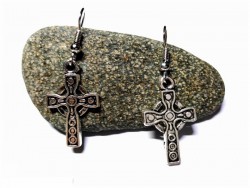 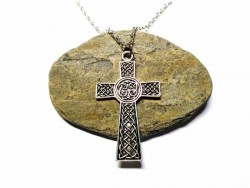 Here is a selection of jewelry with Celtic cross pendant.
Mounted mainly as a necklace, but also as earrings, our Celtic crosses pendants, mainly in silver metal, but also gold or bronze, will be a gift that will appeal to those with a Celtic spirit.

The Celtic cross is a cross in which a ring is inscribed, the branches of the cross protruding from the outer circle.

This type of cross is found in Ireland, but also among the first Christianized of the continental Germanic peoples.

The ring behind the cross can be named as a solar ring.
When the branches of the cross do not go beyond the circles, this cross is often named "solar cross", "sun cross" or even "wheel cross", as it can represent the solar chariot present in many religions.

In heraldry, a Celtic cross is called a cross nimbée (ie haloed).