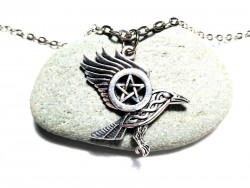 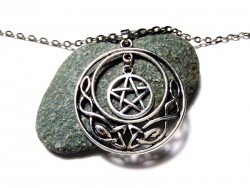 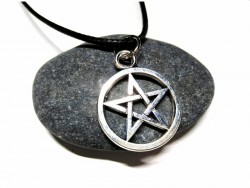 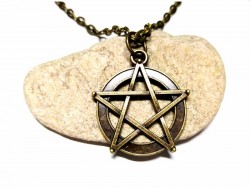 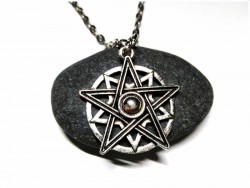 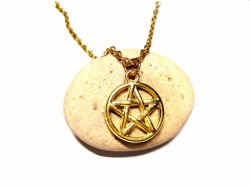 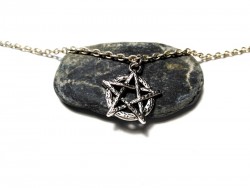 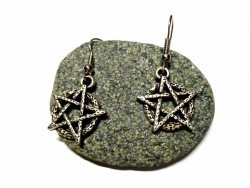 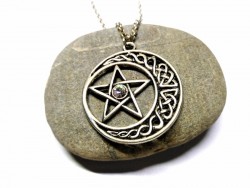 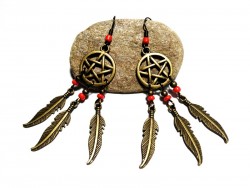 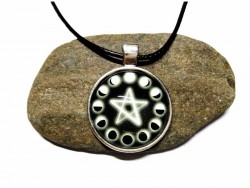 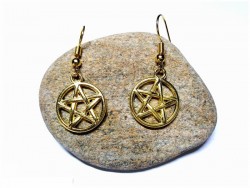 The pentagram is a five-pointed star.
It is made from a pentagon whose opposite corners are connected.

This figure is widely used in the field of spirituality, linked to the golden ratio φ, notably represented in the famous Vitruvian Man by Leonardo da Vinci.
It was a password among the Pythagoreans and is still an important symbol among the Freemasons and Wicca for example.

In everyday language, pentagram and pentacle are frequently used as synonyms, although inaccurate.