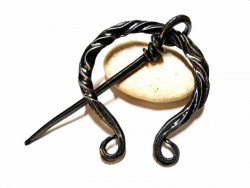 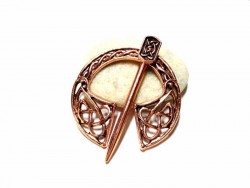 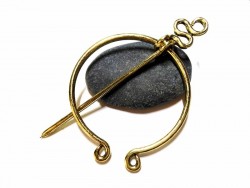 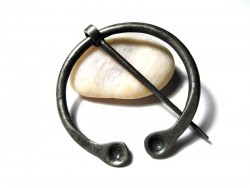 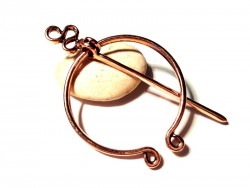 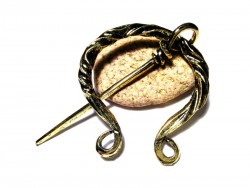 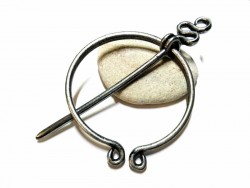 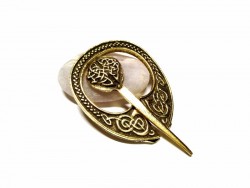 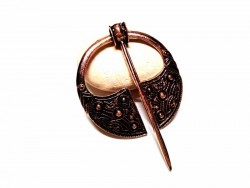 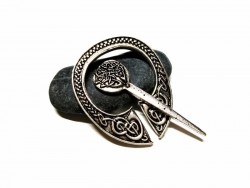 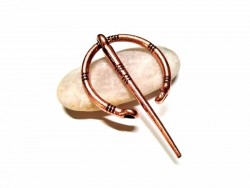 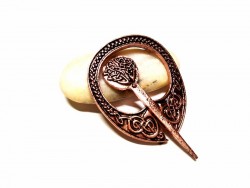 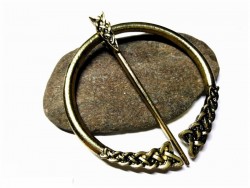 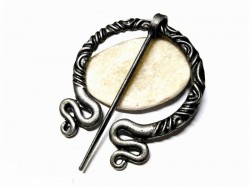 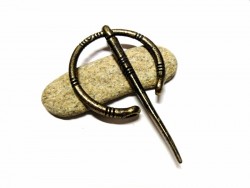 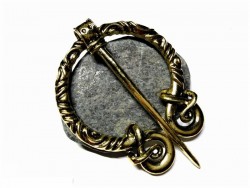 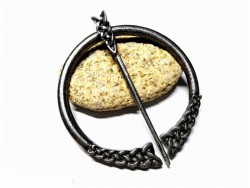 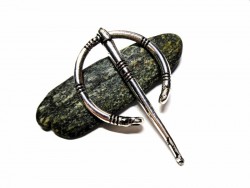 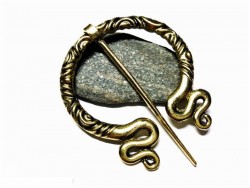 Developed as early as the Bronze Age in particular by the Mycenaeans, alongside the safety pin (with a spring), the fibula is a brooch used both to tie clothes and as a piece of jewelry.
Its particular open O shape (penannular: almost a ring) owes it to be also named omega pin (from the Greek letter Ω).

This concept has spread throughout the Mediterranean area to be used even today in ornamentation by Kabyle or Berber women.
It was widely used by the Etruscans and then the Romans (to hang a toga for example), and adopted by the Celts who produced magnificent objects (see the Brooch of Tara) as well as the Vikings.

The fibula was used until the late Middle Ages, when the main garment was a large piece of coarse cloth.

It is an excellent gift for fans of historical costumes, from Greco-Latin Antiquity to the medieval times.